The revival of the Viol, begun some 30 years ago, spotted mainly on late baroque 7 strings french viols,

considered by most players as “all purpose” instrument, represents the final incarnation of a tri centenary instrument, and the highest example of the evolution of the Viol family. In late 17th century the string making technology gave the birth to the wound strings, obtaining more deep and thin bass strings, and allowing to add an additional A bass string to instruments inspired mainly to the English early viols that were rediscovered by players and amateurs.
The extraordinary talent of players and composers such as Monsieur de Sainte Coulombe and Marin Marais contributed to elevate the bass viol to the soloist instrument we know today. 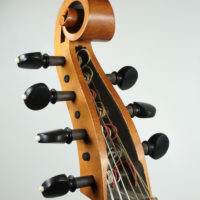 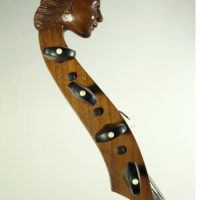