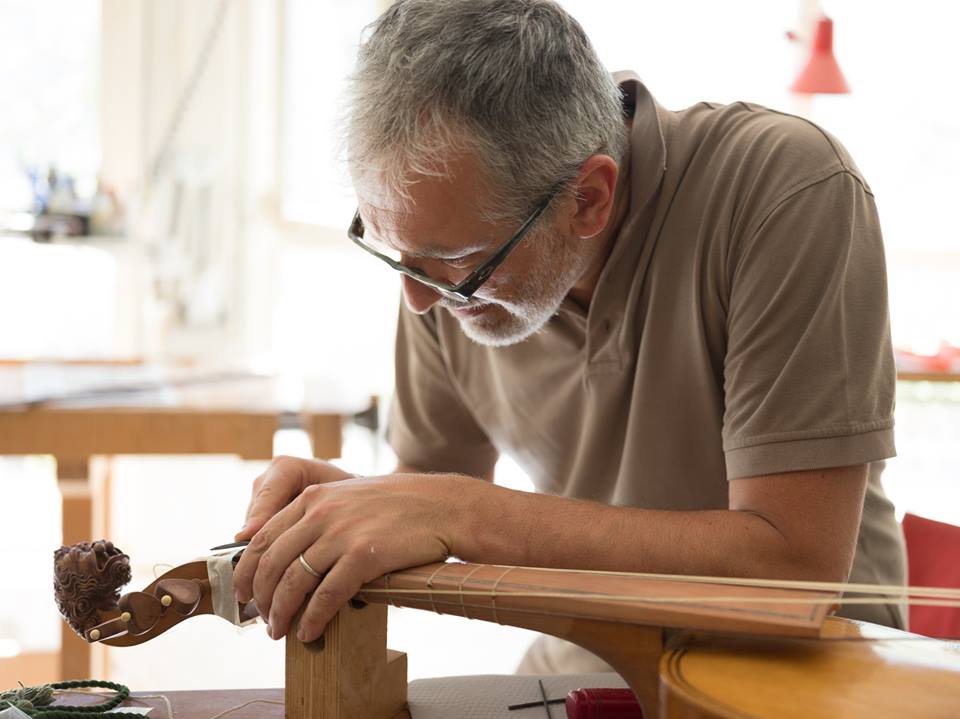 Federico‘s son, I hanged out at my father’s atelier since my very first childhood; as a youngster I begun to attend my father’s woks, practicing and learning workmanship’s basics in designing and building modern instruments like solid body and archtop guitars.

Lately, during university years, I collaborated building violins and violas, thus learning my father’s historically informed reconstruction philosophy.
After graduating from university, I begun working at a law office and as a freelance web designer, but never really gave up active attendance of the workshop until 2004, when moved to Rome for working as a analyst, programmer and system administrator.
During next 10 years I only sporadically scored some side work for Federico (violin and viola scrolls, carved pegheads, pegs).

In 2014, after my father passed away, I decided to start again practicing as a violin maker to get back to my father’s atelier.
Still based in Rome, I begun to collaborate with Master Marco Salerno, resuming my skills actively collaborating in building more than 50 instruments (mainly Italian, English and French viols) during the first months of my practice.

In 2015, moved back to Genoa, anyhow continuing to collaborate with Marco, I joined my father’s fellow, master Antonino Airenti, and restart working in Federico’s Atelier aiming to resume my father’s work and researches on period instruments, mainly concentrating on Renaissance and Baroque Viols, counting also on the invaluable workmanship training and advice of master Alberto Giordano.