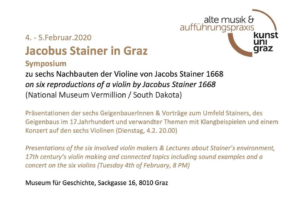 In 2019 the Kunstuniversität Graz Institut 15 Alte Musik und Aufführungspraxis commissioned to 6 luthiers 6 violins made on the pattern of the 1668 violin kept in the National Music Museum in Vermillion. Jakobus Stainer’s violins were a true reference and influenced craftsmen and musicians, thousands of copies spread for almost two centuries made him one of the most important luthiers of all the times, then suddenly, changes in tastes and musicians needs, brought to fame instruments by Stradivari and Guarneri.

This project was opened to have, maybe for the first time, reconstructions of a Jakobus Stainer violin with its original XVIth century setup, starting from the 1668 violin, featuring its original neck and bassbar. As references we were asked to look at other Stainer examples and to the rich XVIth century iconography.

This violin has been my outcome for the project. It was delivered, as well as a lecture on my experience in making it trying to reconstruct the building process that could have used by the Craftsman, during a Symposium in Graz 4th and 5th of february 2020. 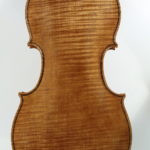 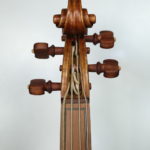 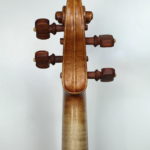 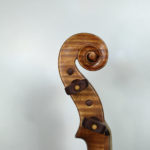 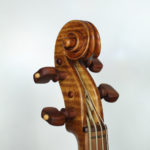 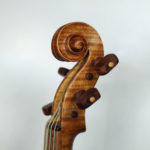 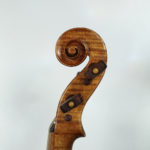